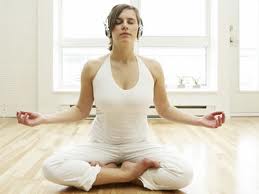 I am trying. Seriously. I’ve determined to allow 30 minutes per day to meditate. I know it would benefit my intuitive development to do this. I also know that a person who does this sort of work should have a regular meditative practice. Otherwise, it’s like getting personal training from someone who doesn’t exercise.
Sure, I do self-Reiki daily. That’s a given. It also truly helps me stay healthy and balanced. I can feel the difference and know that it’s working.
But meditation, that’s another story.
So I decided to take this seriously and really give it a try. At first, I was meditating just sitting quietly and closing my eyes. That was okay. I could stop whenever I wanted to, and usually found myself sitting there pretty peacefully for about 20 minutes.
Then I got this Holosync CD. It promises to help one meditate at a much deeper level, by listening to the sounds that have some kind of binaural waves that are supposed to engage some kind of deeper brain waves into the process. Cool, I thought. I can sort of fast-track my meditation practice. This is a good idea.
So I put it on, sitting with my earphones in as instructed. Waterfalls and bells are played. Hmm hmmm hmmm…what am I making for dinner?…oops….meditating now…….ding ding…..oops I forgot to call the kids’ school to remind them that I’m picking up today….oops…meditating! Stop thinking!….ooh, I need to email this person and put that event on my calendar, and I should make that call, and ….ugh I’m doing it again….dang. How long until this is over?
This is about how it’s gone now for a few days running. This is not enjoyable. Instead of peaceful, I left my meditation time frustrated and feeling like I’d wasted 30 minutes trying to listen to waterfall and bell sounds and getting some benefit from trying not to think.
I have to rethink this.
I know that there are benefits to meditation. Of course. Meditation is the number one way to increase one’s intuition. I know this. I think, actually, for myself, that Reiki is better for me because I am able to do this much more when I’m working with Reiki.
But I should also try to have a regular meditative practice, and I’m not doing so well at it so far.
Just thought I’d share.
Kinda funny to rant about meditating.
I’m not giving up. I’ll keep you posted.
Reiki Awakening Reiki blog by Alice Langholt

I’ve learned and have been exploring lately, the differences and interplay between intention and attention. I invite you to enter into this discussion with me so we all can grow together. First, when working with Reiki energy, one is taught to begin b… 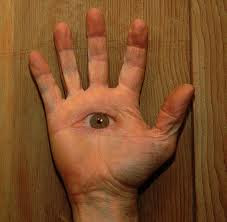