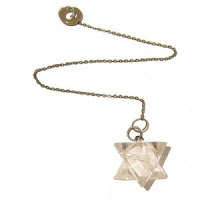 This weekend is my 13 year old daughter, Rayna’s Bat Mitzvah.

(For any readers not sure what that is, it’s a Jewish Rite of Passage for kids turning 13 in which they lead prayers, and read a passage from the Torah – that’s the “Old Testament” – a scroll written entirely in Hebrew. It takes months of preparation to learn. The student also prepares a speech about what all of this means to him or her. It signifies being old enough to take on a more responsible role – in fact, those who have had a Bar or Bat Mitzvah are counted as Jewish “adults” for the purposes of ritual and responsibility.)

As the mom of the Bat Mitzvah, I’m supposed to say a few words to my daughter in front of the congregation during the ceremony. I’m struggling to decide what to say. I mean, of course, “I’m so proud of you, you’re such a beautiful young woman inside and out, and you’ve grown so much” come to mind. But beyond that…I’m feeling stumped.

Those of you who have been blog readers here will probably know that I struggle personally with formal religion. This is especially so because Reiki gave me my spiritual connection, not praying in temple. I’m really saying it lightly here, because I actually harbor a lot of resentment toward formal prayer. It really does nothing for me spiritually except frustrate me. I think Reiki has changed me into a Spiritualist. But I’m still a Spiritualist in a Jewish life, with a Jewish family and kids that go to Jewish Day School. So I keep my inner conflicts hidden for the most part (except here in my blog where I can let it fly!)

This ceremony is special and important for my daughter, certainly. She’s done a very dedicated job preparing and I know she’ll lead her parts with grace and competence. But to me, really, this ceremony is more about a coming of age than a spiritually uplifting event.

Family and friends are coming in from out of town and locally to attend. They’ll all be so proud of Rayna, congratulate her on her accomplishment. Look at what she did: she learned a lot of prayers in Hebrew. And she can lead them confidently in front of friends and family. She learned her Torah part and wrote a nicely educational speech with a dash of humor. Well done.

I acknowledge with some relief that other people will find this more spiritually meaningful than I do.

Rayna and her siblings are being brought up a little differently from other Jewish kids at their school. In addition to learning and practicing Judiasm, my kids do Reiki. At home, they also talk about angels, crystals, and know how to use pendulums and Tarot cards. I think they already are far more spiritually advanced at their age than I was with a Master’s Degree in Jewish Studies at age 37. So what can I say in front of this congregation, that will be sincere, and also inspiring in some way to my daughter?

I hope that will be enough.