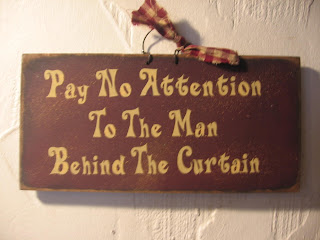 Some interesting things are happening lately, and I’m treating the experiences like little peeks at the workings going on behind the scenes. This series of events seem like they could lead me where I’m hoping to go, and yet they leave me wondering. Ah, the mysteries of life – LOL!

Here they are:
Two days ago, I was in the shower, and as I sometimes do when I have some rare time to myself, I was asking my angels, rather directly, for some help. I said I am all set to begin my Energy Healing Certification Program (the January track – I already have two tracks in progress), and I need more students. I asked them to help bring these students to me, now please.
I got out of the shower, dressed, and my cell phone rang. It was a person who had met me at the Victory of Light expo in Cincinnati, and who was calling to say she’s interested in enrolling in the Certification Program. Wow.
Yesterday, I had to run an errand to Bed, Bath & Beyond. I started driving there and realized I wasn’t sure where the store was. I called my husband, who told me it was in the opposite direction from where I was going. Feeling a little dumb, I turned around and went the other way. I was berating myself a little for driving out of the way and wasting time to find the store. I finally arrived. In the store, I found myself in the same aisle as a young woman I had taught with a few years ago, with her mother. We exchanged greetings, and she asked me what I’m doing these days. I told her I teach Reiki and her eyes lit up. She knows about Reiki and receives Reiki to help with her chronic sinusitis. I told her that I have a class coming up in a week and gave her and her mom my card. They said they’d be interested in taking it.
I realized that I wouldn’t have run into them if the timing hadn’t been perfect.
Then later yesterday, I was at a holiday party with my kids at The Gathering Place, a cancer support center where I’m a volunteer Reiki practitioner. My cell phone rang. I answered and someone asked for “Sheila.” Instead of saying it was the wrong number, I said, “This is Alice.” The person on the other end said, “Oh, Alice! Funny, I didn’t mean to call you.” It was one of my newest students, who told me that she was trying to call her friend to invite her to take the upcoming Kundalini Reiki class with her.
I realized that I wouldn’t have known she was recruiting people to be in the class unless she had dialed the wrong number and reached me.
When I got home from dinner at my parents’ house last night, there was an email from a gentleman who is interested in being in the Certification Program. We’ve exchanged several emails since last night and things look good for him to be in the program, but he plans on learning Kundalini Reiki by distance individually with me first.
And one more thing, too. On Tuesday, when I was at The Cleveland Clinic, where I volunteer as part of the Healing Services Department giving Reiki, I happened to have a meeting with my volunteer coordinator. She said that she is trying to create a position for a part-time instructor, part-time Reiki staff person, and she thinks that all of the staff should be instructed in Kundalini Reiki. Since I told her about Kundalini Reiki, she has been impressed with the ease of use of this modality. The description of this position is exactly (and I mean to the letter) what I’ve been asking the angels for in terms of a steady job. Things happen either excruciatingly slow or unnervingly quickly at the Clinic, so I am now stepping back and trying not to hold my breath. But it’s another glimpse into the motion behind the scenes that I wouldn’t have had if I hadn’t stepped into my volunteer coordinator’s office that day.
So what’s the point here? Here’s the point:
While none of these people have actually enrolled in anything yet, and there’s no steady position being offered to me yet, I feel like I’m getting the message that things are in motion to answer my requests. It’s like I’m being given a peek behind the curtain to see things being put into place, rather than waiting in the dark for something to happen. I am being told that all of these seeds are being planted, I’m in the right place at the right time to talk with people, and it’s only a matter of time before things germinate.
Then there’s my little snarky voice in the background. It’s saying “Yeah, and if none of these people actually enrolls, if the Clinic says no, won’t you look dumb for believing that these are all signs?” It doesn’t like me to have faith, but prefers hard evidence. I hear that. And yes, I do worry about it all being for naught. But again, that’s a lot of events in the last few days all pointing in a positive direction. So the snarky voice can stfu, excuse my vernacular.
I’m sticking with the idea that these are all ways that the angels are saying, “We’re working on it for you, Alice. Hang in there.” And I am.
It feels like a good argument for asking the angels and letting them work.
Anything like this ever happen to you?
Reiki Awakening Reiki blog by Alice Langholt